We have two PowerShell editions what we could use on Windows, these are Windows PowerShell and PowerShell (Core). Now one of the challenges we face with the two editions comes from where they store the installed PowerShell modules. Depending on the folder, it's possible that we need to install a module twice and that means we'll need to keep both versions up-to-date independently from each other. But there is a solution for this challenge!

PowerShell (both editions) uses the PSModulePath environment variable $env:PSModulePath to store the list of folders which could be used to store PowerShell modules.

Note: It is possible to extend the list of folders by editing the user or system level environment variable.

Note: It is expected that the list of folders will not be the same on every computer. But there are some default folders on this list.

How to install modules into this folder?

The easiest way (if you ask me, and I'm writing this post which means I asked me) is running Windows PowerShell as an admin and execute Install-Module without using the -Scope parameter. For example:

PS: I highly encourage you to head over to Microsoft Tech Community and check out this awesome post from Thomas Maurer which inspired me to write host blog post
Stop typing PowerShell credentials in demos using PowerShell SecretManagement 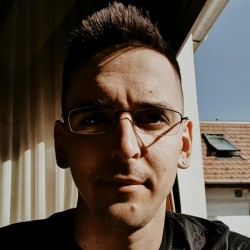 David is a highly skilled SharePoint Guy who is focusing on Automation, Compliance, Security, Operational Excellence, Quality Assurance and hacking the unexpected out of the technology stack.
Hungary
Previous Post
Next Post